Share All sharing options for: New BYU Football Uniform for 2012?

BYU commit Brayden Kearsley was in Provo this week and tweeted a picture while wearing a BYU uniform. What caught my eye was the strange pattern of the collar. It looks like a play on the Pro-Combat idea that many schools have implemented over the past few years. As a staunch opponent of any change to what is one of the best uniforms in the country, I hope the change isn't permanent. What do ya'll think? 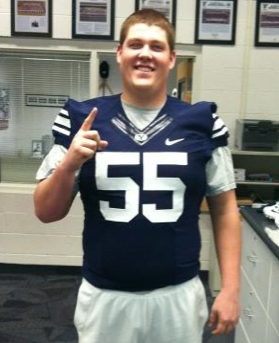