1980 was a fantastic season for BYU. The Cougars capped off a 12-1 season with what BYU fans call the "Miracle Bowl," the amazing come-from-behind win over Satan (Craig James) and the semi-pro SMU Mustangs. One of the greatest comebacks in sports history was BYU's first-ever bowl victory. All people seem to remember about Jim McMahon is one miracle heave to win that game and words Sharpied onto his headband in the NFL.

James Robert McMahon, Jr. had one of the best seasons in college football history in 1980, and not only do few remember it, but all it earned him was a measly fifth in Heisman voting.

This isn't a case of homer-ism. Even though Jimmy Mac and I do call the same high school our alma mater, there are no black-and-gold- nor any blue-colored glasses here. Let's take a look at what McMahon did in 1980:

Where did each of those items rank in college football's all-time database? First, first, first, and first. Oh, and did I mention he threw for FORTY-SEVEN TOUCHDOWNS???? That mark is still top-5 in CFB history, and McMahon did it as he averaged playing three quarters per game. Against UTEP, for instance, McMahon threw for 451 yards and six touchdowns in just two-and-a-half quarters.

Jimmy Mac set 34 NCAA records that season. Oh, and if you factor in the Holiday Bowl (32-49 for 446 yards, 4 TD) under today's rules when bowl statistics count (the games happen, right?), McMahon's 1980 numbers would look like this:

Even though McMahon's yardage and TD marks were already records, bowl stats being included would have made him the first-ever 5,000+-yard and 50+-TD passer. Let him throw as many times as someone like Case Keenum did, and you're looking at over 7,000 yards and 70+ TD at that pace.

So the nation took notice, right? Never before had college football seen a passing performance like McMahon posted for the 12-1 Cougars. Here's the Heisman voting that season, from sports-reference.com: 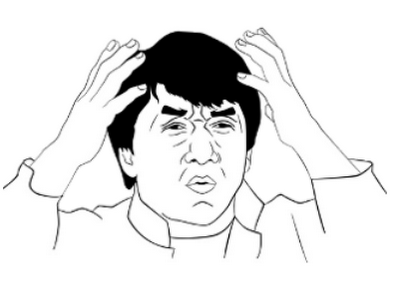 George Rogers and Herschel Walker had solid years, but in historical context the performances are similar to what other running backs did. And no disrespect, Mark Herrmann, but at BYU those passing numbers make you average. If McMahon played four quarters every game, he would have doubled your yard totals. (Herrmann won the Sammy Baugh and was named 1st team All-American over McMahon as well.) "Let's see, a QB does what no QB has ever done before in several categories ... how about fifth? That sounds right."

Most of these records wouldn't be even approached for another 10 years, with some not falling until much later.

Players from non-power schools always have a hard time getting a fair shake from Heisman voters, and 1980 was no different.

|| This post was sponsored by EA Sports NCAA Football 13.