What to Watch in College Football: Week 1

College football is back and in full swing. Find out what to watch after the Cougars take the field Friday night, and how to productively spend your weekend indulging in the greatness that is college football.

Share All sharing options for: What to Watch in College Football: Week 1

Wisconsin will face LSU as part of the college football kickoff promotion hosted at NRG stadium in Houston, TX. The #14 ranked Badgers are coming off a disappointing 9-4 season that included a loss to South Carolina in the Capitol One Bowl. Head coach Gary Anderson and Heisman hopeful Melvin Gordon look to take on the #13 ranked LSU Tigers. 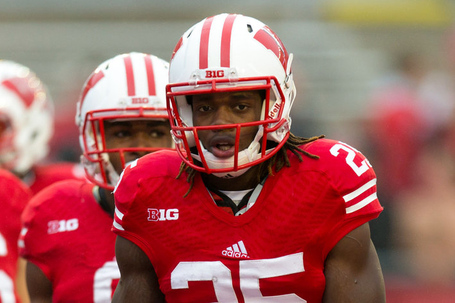 The Tigers finished the season 10-3, including a victory over Iowa in the Outback Bowl to close their season. The Tigers look to improve on their 5-3 overall record in the SEC and look to get into the first college playoff system. They will have to do it without their former quarterback Zach Mettenberger who entered the NFL draft in the off season.

LSU is favorited to win by 5 points.

Another big game that has playoff implications involved as #16 Clemson looks to take on #12 Georgia. Clemson had the upper hand last year when Georgia came to town and were defeated by Tajh Boyd and Sammy Watkins. This year the Georgia Bulldogs and Todd Gurley look to avenge themselves and get on the right track towards a potential playoff spot. 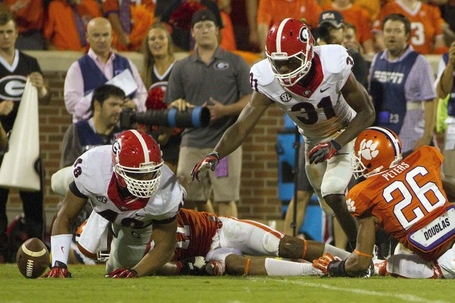 Both Clemson and Georgia lost their starting quarterbacks in the off season to the NFL draft. This could dramatically change how the game is played since both teams were in the top 20 in the nation in total passing yards. Tune in for what should be an exciting game.

Georgia is favored by 7.5 points.

Because this is the first week of college football we all know there are not a ton of rivalry games and key matchups. Most ranked teams like to play a smaller school and get into a rhythm before playing someone tougher. Just look at the example we got from Boise St. and Ole Miss on Thursday night. Both teams were sloppy and there were a ton of turnovers. The exciting part of #2 Alabama playing West Virginia is starting QB of WVU Clint Trickett had a relationship with Sabans daughter. 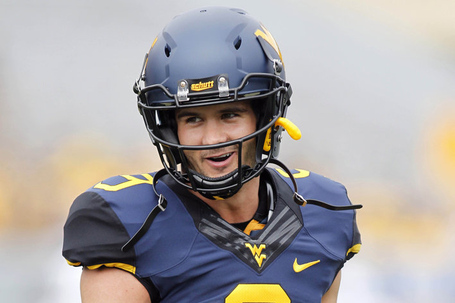 We will also get to watch Alabama start a new chapter without quarterback AJ McCarron and their quest to win another championship. The Crimson Tide are ranked #2 in the country meaning that they already have a position in the playoffs. Not much to watch on this game as Alabama is expected to roll over West Virginia but it could be entertaining to watch Saban mess with his daughters former boyfriend.

Alabama is favorite to win by 26 points.

For those of you who are sad that the NFL has not started yet, and there is no football to watch on Sundays, can celebrate that we get some great football on Sunday. The Utah State Aggies will travel to Knoxville to take on the Volunteers. 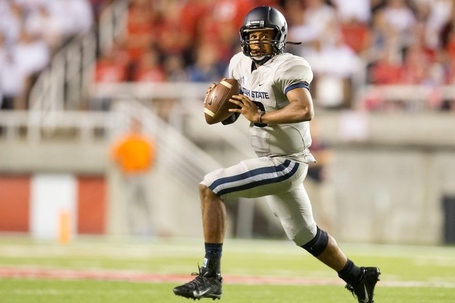 Utah State will have their dark-horse Heisman candidate Chuckie Keeton quarterback back from injury and look to shake up college football this year. Although the Volunteers are favorites to win, many people are thinking that they might not take this game seriously. Which could be great for Utah State and could get some national attention again after the injury of Keeton last year.

The Volunteers are favorites to win by 6 points.

You can watch the game Sunday, Aug 31st at 7pm EST. on SEC Network