Bio blast for Georgia State as BYU prepares for the Brooklyn leg of the Coaches Vs. Cancer Classic.

Share All sharing options for: Know The Foe: Georgia State

BYU basketball takes on Georgia State for its second game of the year, and the second and final preliminary game of the Coaches Vs Cancer Classic. After this, it's on to Brooklyn for the main event.

Here are all the basics on Georgia State: 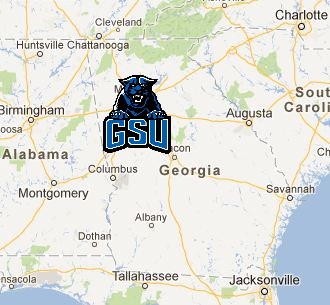 Best season: 2000-2001 -- The Panthers tallied a 29-5 record, winning both the regular season and the tournament in the Atlantic Sun. They scored an 11-over-6 upset of Wisconsin in the first round of the NCAA Tournament. It was one of only four 20+-win seasons at Georgia State.

Player-Alumni: Only notable player I could find was Lanard Copeland, who played in the NBA with the Clippers and 76ers from 1989-92. Michael Gearon, Jr., principal owner of the Atlanta Hawks, is also a GSU alum.