BYU hits the road against an opponent having a historic season.

Share All sharing options for: Know The Foe: BYU travels to Southern Miss for NIT quarterfinals

With a 90-71 win over the Mercer Bears and the home season concluded, BYU hits the road on Wednesday one game away from the NIT Final 4 at Madison Square Garden.

The opponent: the Golden Eagles of Southern Mississippi, in the midst of a historic season. First year coach Donnie Tyndall has Southern Miss at 27-9, the most single-season wins in school history.

For most of the season, Southern Miss floated on the NCAA Tournament bubble. Pundits said the Eagles were good and looked like a tournament team, but the resume wasn't quite there. Southern Miss finished in second place in Conference USA, and lost to Memphis in double overtime of the C-USA conference tournament.

Like BYU, the Golden Eagles hosted their first two NIT games, winning by seven over Charleston Southern (19-12) and by 11 over Louisiana Tech (27-6). 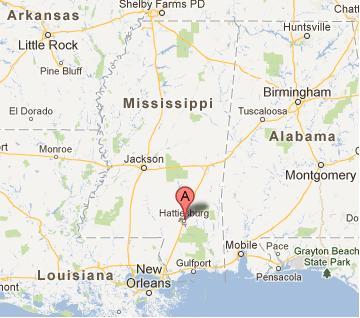 Best seasons: 2012 -- Coach Larry Eustachy led Southern Miss to a record of 25-8 and to the school's first NCAA Tournament appearance since 1991.

Player-Alumni
Clarence Weatherspoon (1989-92) -- "Baby Barkley" finished his career at Southern Miss with averages of 18.5 points and 11.3 rebounds per game. He was drafted ninth overall in 1992 by the Philadelphia 76ers and spent 14 years in the NBA, his first six years with the Sixers being his longest stint.