Share All sharing options for: Know the Bros: Jordan Johnson and Trent Trammell

Defensive backs Jordan Johnson and Trent Tramell will lead the Cougars at the corner position this season. 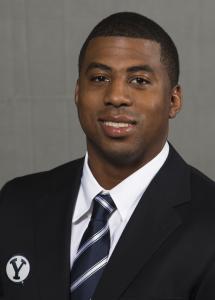 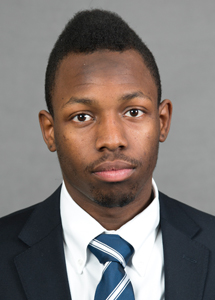 The two have more in common than just their position. Trammell tore his ACL on the first day of spring practice last year. A few months later, Johnson also sustained an ACL injury during a preseason practice. Both injuries turned out to be season ending, leaving the cougars with a bit of a hole at the corner position.

Mike Hague stepped up at the position for the Cougars and made some key plays - like a late fourth quarter sack against Houston, pushing them out of field goal range and contributing to BYU's single point victory over the Houston Cougars.

Hague is gone now, but Jordan and Trammell are back, and they are looking healthy.

A quarterback in high school before switching to the defense because of his size, Jordan also grew up playing basketball. His uncle worked in the Celtics front office with Danny Ainge, who encouraged Jordan to take a look at BYU. Jordan came out for a camp, and he and his mom were both impressed.

Jordan redshirted his first year, followed by two seasons where he played in 25 of 26 games. Having already redshirted, Johnson's injury cost him his junior year.

Trammell came to BYU as a junior college transfer from City College of San Francisco and having redshirted last season has yet to play for the Cougars.

Both players have been described by coaches and teammates as confident and humble, with hard work ethics and good attitudes. Likewise, both state that their trials have given them new perspectives and have made them better football players and better people.

"After I got through the rehab and everything, I became a better person. I became a more confident person, a more positive person, and now I feel I can do anything. There's nothing I can't get through," Tremmell said to Laura Seitz of the Deseret News.

Johnson will most likely start the season wearing a brace as a precautionary measure. He says in an interview with BYU Sports Nation that it's okay with him if opposing quarterbacks see the brace as a sign of weakness and throw the ball towards him. "He can throw it all he wants," Jordan says with a grin, "I haven't lost a step."