Not a proud moment in the history of BYU quarterbacks.

If you buy something from an SB Nation link, Vox Media may earn a commission. See our ethics statement.

Former NFL, CFL, and BYU quarterback Max Hall was arrested Friday after policed were called to a Best Buy in Gilbert, Arizona. Hall was found with stolen items from Best Buy and Walmart, and was also found to have a "personal use quantity of cocaine," according to a report from the Arizona Republic.

Police released Hall after his arrest that night and there is no word on if charges will be forthcoming.

(The "personal use" detail provides clarification on the amount inasmuch as certain amounts of narcotics usually necessitate an additional "intent to distribute" charge, which at least doesn't appear to be the case here.)

Hall is a local sports icon in that area of Arizona, going 27-1 as starting quarterback at Mesa Mountain View before committing to Arizona State prior to his mission.

Hall, of course, holds BYU's all-time record for wins by a quarterback with 32, and finished second all-time in passing yards (11,365) and passing touchdowns (94). He was working as first-year offensive coordinator and interim head coach for Gilbert High.

And yes, while it's of little import in the grand scheme, his mugshot is an image that will live for quite some time given the obsession by fans about what gear people are wearing in their mugshots. 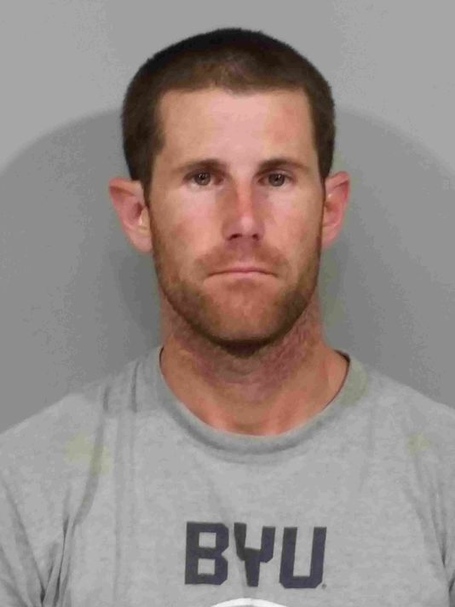