Picture Book: The most important photos ever for BYU vs. Texas

Every photo is 100% verified as real and legitimate by the NSA and the International Community of Photography Forensics, which totally exists and is a real group of people.

Share All sharing options for: Picture Book: The most important photos ever for BYU vs. Texas

We've heard for weeks in game previews about how embarrassed Texas has been that BYU made the Longhorns a punchline. They let a white guy with a knee brace lead an attack that produced the most rushing yards the school has ever allowed in over 100 years.

This exclusive, never-before-seen photo captured an unaired moment of the 2013 contest in Provo. TV cameras weren't quite back from commercial when this touchdown was scored: 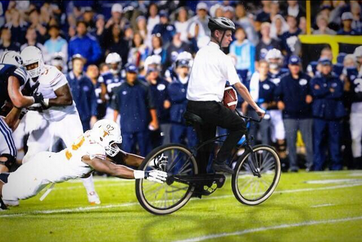 (Okay, it's been passed around the Internet a bit, so you may have seen it.)

Taysom Hill heard Texas was preparing extra hard to stop him from running for 7,362 yards this week, so he put in some extra work.

Okay, the next picture is actually 100% real. We know because a real journalist took it. If you've wondered why starting freshman center Tejan Koroma had people talking about how strong he was before he ever played a down of Division I football:

If you're not familiar with @boneyfuller, he seems to be intent on issuing a yearbook for each BYU opponent. Here are my favorites from his #TexasYearbook and other Longhorn blasts:

. @NickRozay23: Voted Most Likely to Have to Introduce Himself When He Meets Other Texas Players. #TexasYearbook #BYU pic.twitter.com/jyi0yAO1uK

Lawrence Welk's band or The University of Texas Marching Band? The answer might surprise you. #BYU #UT #BeatTexas pic.twitter.com/7WRkrkORKh

Andrew Beck: Voted Most Likely to Drive an Orange Charger and Climb out the Window #TexasYearbook #BYU @LonghornHumor pic.twitter.com/HYpFuOKBcF

BYU. But don't beat yourselves up too much, guys. Memory loss is a common symptom of PTSD. http://t.co/0zVl76toT5 RT @LonghornHumor BY who?

Jarom Jordan with an excellent use of the GIF:

And a collection of photos wouldn't be complete without a set that encapsulated last year's beatdown. 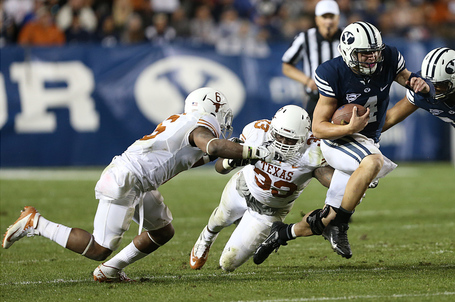 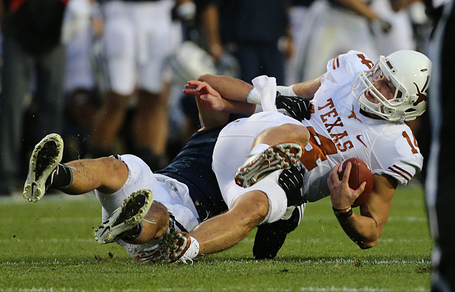 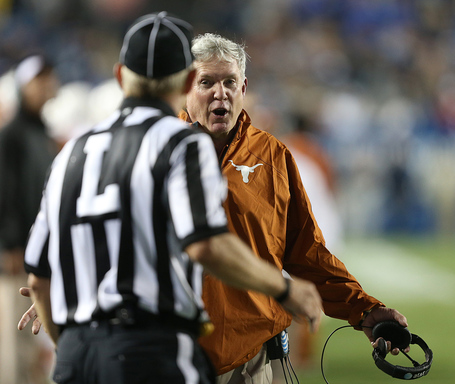 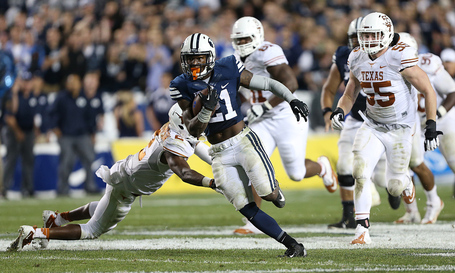