All the nuts and bolts you need to know about the Utah State and the Aggies football team.

Time for another Know The Foe bio blast. This week, BYU is taking on Utah State in what is becoming a strongly-renewed rivalry. Last year, BYU beat USU 27-24 in the wild, Riley-Nelson-led comeback. This year, the game takes place in Provo for a second-straight year. 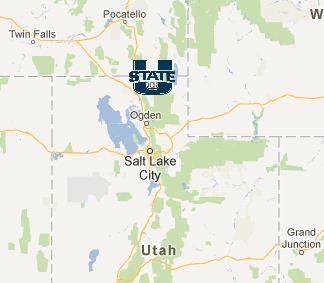 Best seasons:
1961: The Aggies rampaged through the Skyline Conference with a 9-0-1 regular-season record, a 6-6 tie at Wyoming the only blemish. Wins included a 31-8 beating of BYU in Provo, and a 69-0 drubbing of Idaho. Utah State scored 36.0 ppg, which was best in the nation. The Aggies lost to Baylor in the inaugural Gotham Bowl (it would only be played one more year because Bane blew up the stadium attendance was sparse in the cold New York weather) -- and finished the season ranked #10.

1993: The USU team with the best record in the super-modern era (which for the Aggies, I'm counting as when they began Big West play in 1988). The team finished 7-5 with the school's only bowl victory, which came over Ball State in Las Vegas. After an opening-week win, the Aggies lost five straight, including a 2-pt loss at Utah. The Aggies then ripped off six straight wins, including a 58-56 thriller over BYU.

Player-Alumni
DT Merlin Olsen (1962) Olsen was a two-time All-American at Utah State who went on to a famed 15-year career for the L.A. Rams, which included being named 1962 Rookie of the Year, and playing in 14 Pro Bowls, every one except for his final season in the league. Olsen also went on to star in Little House on the Prairie and work as a color commentator for NFL games. He passed away in 2010, and the field at Romney Stadium is named for him.
WR Kevin Curtis (2001) Curtis was an All-American in 2001 and played nine years in the NFL, his best season as a 16-game starter for the Eagles in 2007, in which he had 1,110 receiving yards and 6 TD.
TE Chris Cooley (2003) Cooley was also an All-American at Utah State. He has played 9 years in the NFL, a mainstay at starting tight end for the Washington Redskins, until he was released just before this current season started. Has 4,703 yards and 33 TDs to his name as a pro.

Watch for the Game Thread on Friday, where you can join fellow Cougar fans in discussion throughout the game.