All the nuts and bolts you need to know about San Jose State and the Spartans football team.

Time for another Know The Foe bio blast. This week, BYU hosts a struggling Idaho for the second year in a row. 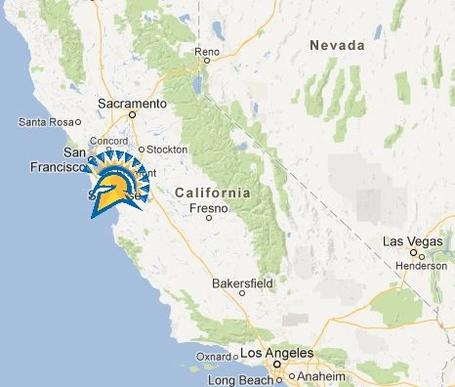 2006: This year was the last time in the last 21 years that SJSU reached 8 or more wins. The Spartans went 9-4 and won the New Mexico Bowl.

Player-Alumni
WR Mervyn Fernandez (1982) Fernandez played six seasons with the L.A. Raiders and six more with the B.C. Lions in the CFL. He's also one of the awesome receivers you threw to any time you picked the Raiders (because BO JACKSON) when playing Super Tecmo Bowl.

OL David Diaz-Infante (1986): Diaz-Infante played six years in the NFL, including on two Super-Bowl-winning Broncos teams. He also played two years in the CFL, two in the precursor to NFL Europe, and the lone season of the XFL's existence. He is a color commentator for ESPN.

Quarterback David Fales is completing 72.4% of his passes for 25 touchdowns and only 7 interceptions.
WR Noel Grigsby will likely pass the 1,000 receiving yards mark against BYU.