The four-star lineman appears to have revealed his intentions on Instagram late Sunday. 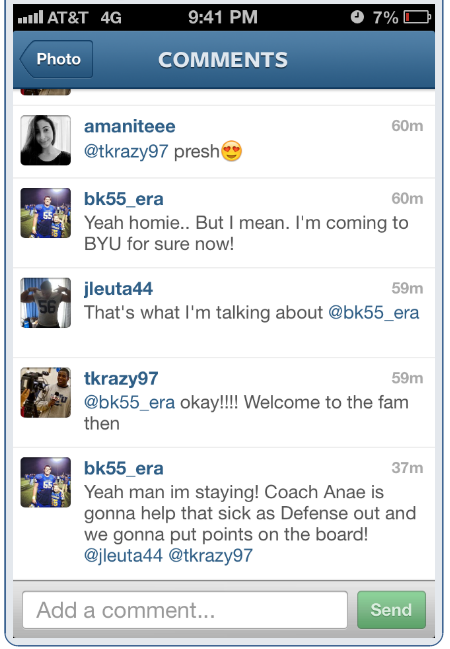 Kearsley originally committed to BYU on Sept 15, 2011, but since his interest in the Cougars has seemingly waned and it was said that the Beaverton, Oregon star was primed to select Oregon State as his college choice. He is set to announce his choice on January 23 between BYU, Oregon State, Washington, and Arkansas.

It appears, however, that BYU's hire of Robert Anae as offensive coordinator and offensive line coach may have helped swing Kearsley back the Cougars' way. On Saturday night, Jay Drew of the Salt Lake Tribune reported that a Friday visit between Kearsley, Anae, and Kelly Poppinga "went extremely well."

His recruitment has been up and down for BYU, and there is still time between now and the 23rd -- and even more time between now and signing day on February 6. But between Kearsley's own words and a second witness from the one and only Bean Mace, it seems the big man should be Provo-bound.

Spoke to Kearsley myself. It's true. He will be a BYU Cougar.

@white_jones33 Dude is all in. I talked to him bout it.

The addition of Kearsley would no doubt mean good things for a beleaguered offensive line that turned in one of the worst performances in recent BYU history. Under new leadership in Anae, and with some injuries hopefully resolved, Kearsley may be able to step right in and give aid to the recovery efforts of the hogs in the trenches.