One of the best parts of national signing day is putting a face to all the names you have read about and watched on highlight videos. BYU accommodates this exercise by making really pro-looking player cards for each signee.

Here, I hand out some "best-of" awards for those player cards. (And this is all for fun, folks. I'm excited about the class and am not in any way sincerely mocking any of the signees. Pictures are just fun.)

"NO QUIT PLAYIN, THIS GUY SIGNED WITH BYU? NO SERIOUSLY" AWARD 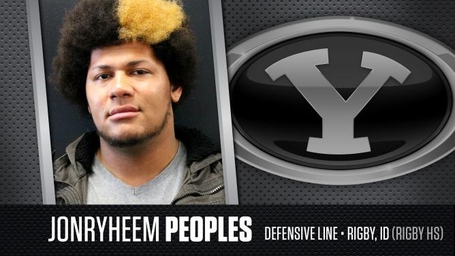 At 6'6" 298, JonRyheem Peoples is considered to a diamond in the rough, mined out of the netherparts of Idaho. He also doesn't look like what people envision when they hear the phrase "BYU recruit." And that's a good thing. 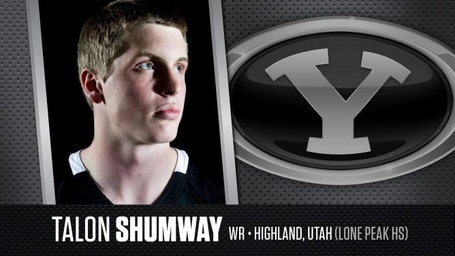 Lone Peak High School in Utah is producing quite a class for Dave Rose and the BYU basketball team. But three-star six-footer Talon Shumway wanted some of that spotlight. 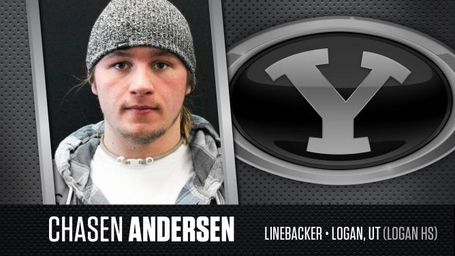 Picture day always snuck up on somebody at school, something to which any of your yearbooks can attest. Chasen Andersen, son of new Wisconsin coach Gary, at least had a beanie to save the day. 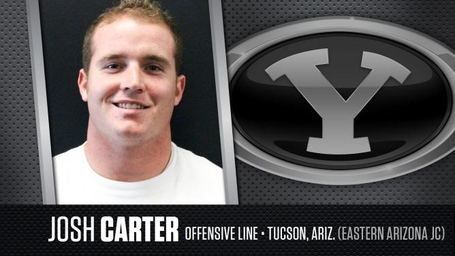 Josh Carter is a junior-college recruit and a returned missionary, and he looks like it. Don't get me wrong, I've got nothing against that. Some people just look the part, yanno? Chad Lewis was practically a bald man by the time he left Provo. I just hope Rocky Long hasn't found time to browse these player cards, or Carter might get a strongly-worded letter from the Aztecs coach.

"THEY'RE KIDS, AFTER ALL" AWARD 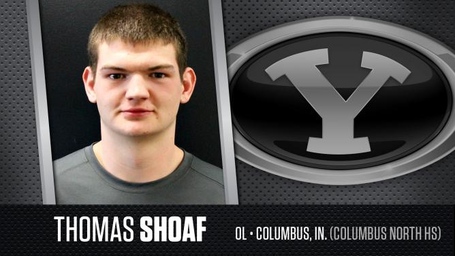 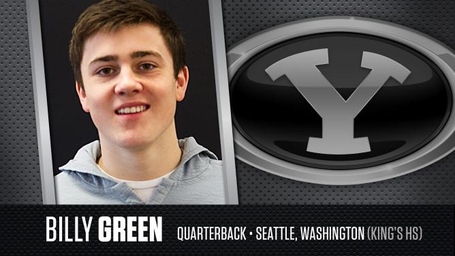 On the other side of the coin from Carter are Thomas Shoaf and Billy Green. Man, I feel old. 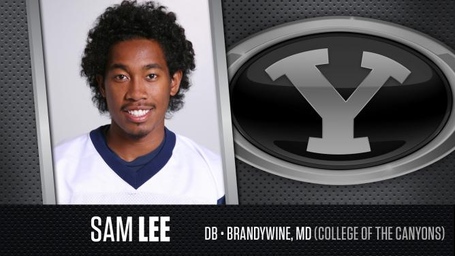 Here's a guy I hope to see succeed. The kid was recruiting hard for JC teammate Lloyd Tunstill to spurn TCU and join him at BYU. This returned missionary would have the best hair in the class if it weren't for Peoples. 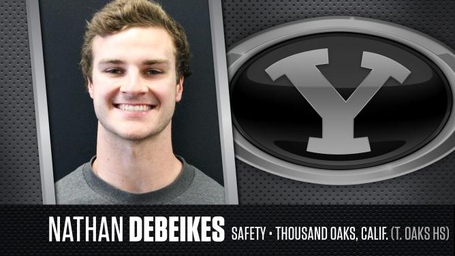 This isn't a disparaging award. On the contrary. Also known as the "Andrew George Memorial Award," DeBeikes is the guy I want my daughter to marry. Look at that winning smile and All-American jawline. DeBeikes oozes BYU.